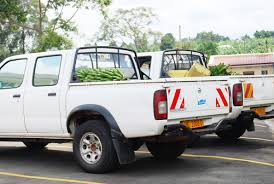 Government ministers are on the spot over misuse of official vehicles for personal business.

Legislators on the Public Service committee want stern action taken against ministers who defy an official policy to park cars after 5 p.m and weekends.

MPs Raphael Magyezi, Betty Nambooze and Florence Kintu say this is misuse of taxpayers’ funds and there should be mechanisms to track such errant public officers.

State Minister, Ssezi Mbaguta says the matter will be pursued and officers who are found to have violated the guidelines penalized.