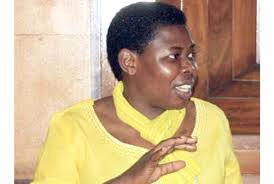 The proposed new regulations on media practitioners are not meant to gag the media in Uganda.

Meeting editors and media managers this morning, information minister, Rose Namayanja said that the regulations are meant to streamline the industry that has been infiltrated by nonprofessionals.

Namayanja said that under the regulations, for anyone to practice, they should possess journalism papers and should get a certificate from the Uganda Media Council.

Responding to concerns about the amount for money needed to acquire a certificate, the minister said that it is a process and more discussions will be held with all players to ensure that all is well.

Meanwhile the minister has unveiled a campaign dubbed talk to Uganda, where information from government will be made available to the media at all times.

Meanwhile the minister has unveiled a campaign dubbed “Talk to Uganda”, where information from government will be made easily available to the media at all times.

The Uganda Young Democrats have also added voice to those opposed to the new media regulations.

The group’s Secretary General Charles Wasswa says controlling the media is depriving Ugandans of their right to access information.

They are concerned that government programs will not be checked if the media is not independent.

Under the regulations, practicing journalists are required to pay a number of fees for registration and issuance of practicing certificates among others.