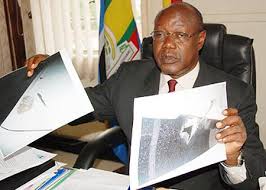 The Ministry of Internal Affairs has embarked on a massive sensitization campaign on the Public Order Management Bill.

Addressing journalists at the Uganda Media Center, the State Minister James Baba said citizens have been misled into hating the bill due to wrong interpretation by politicians.

Baba said the bill does not require one to seek permission from the police in case of public gathering but to inform the police within 45hrs to prepare the necessary security.

He explained that private meetings like funeral rites, introduction ceremonies and spontaneous meetings by cultural and religious leaders are excluded.

”Politicians have been discussing an old version of the bill, adding that the fully amended one is yet to be published by parliament”, he said.

The controversial bill passed recently amid protest from the opposition and rights activists to among other things regulate public gatherings and use use of public address systems.

Kayihura hits back at Nantaba