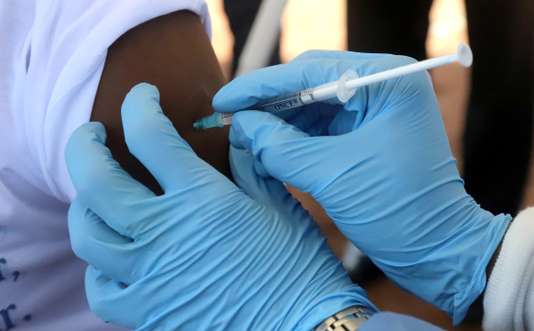 The ministry of health has explained the intention for the latest measles immunization campaign.

Uganda is set to immunise over 18 million children against measles and rubella which is 43% of the entire country’s population between 16 and 20 October.

This also includes 8.2 million children aged below nine months, that is, 20.5% of the population that will receive the Oral Polio Vaccine.

In a press statement issued on Tuesday morning, the ministry of health spokesperson Mr Emmanuel Ainebyoona, says in the recent past, the country has experienced measles and rubella outbreaks in over 60 districts.

He says polio also remains a big threat given evidence of wild and vaccine-derived strains circulating in neighbouring Democratic Republic of Congo and South Sudan.

Therefore, the immunization campaign funded by the Government of Uganda, Global Alliance for Vaccines (GAVI), World Health Organization (WHO) and United Nations Children’s Fund (UNICEF) is intended to tackle such public health challenges.

Mr Ainebyoona adds that the campaign which kicks off tomorrow will be the launching pad to introduce the measles-rubella vaccines into the routine immunization schedule of the country.

“This immunization exercise that will be conducted in schools for the first three days and in the communities for the last two targets all children under 15 years of age whether previously immunized or not in order to interrupt circulation of these diseases,” reads the statement.

“This campaign does not replace the routine immunization schedule. Parents, caretakers and all
concerned must ensure that all children receive and complete all the vaccines specified in our
immunization schedule after the campaign,” said Dr Jane Ruth Aceng, the Minister of Health.

During this campaign, teams of health workers will move out in all villages and communities in the country with the objective of attaining more than 95% immunization coverage that is needed to interrupt transmission of measles-rubella and polio in Uganda.

“We appeal to all parents, caretakers and guardians, to take all your children below 15 years of age for immunization against measles, rubella and polio during this mass immunization exercise. WHO approved the vaccines to be used and they are safe, free and effective,” said Dr YonasTegegn Woldermariam the WHO country representative.

Villages cut off by flash floods in Lira