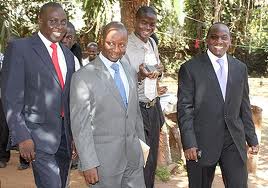 Opposition leaders are calling for speedy trial in cases against them before courts of law.

This follows another adjournment at the Buganda road court.

The charges against the leaders relate to the activists for change activities in Kampala last year.

Today prosecution led by Lilian Omara informed court that investigations into the matter continue prompting the presiding chief magistrate Lilian Bucana to postpone the case further to 11th may this year.

Meanwhile criminal summons have been issued for Mps Muwanga Kivumbi, Mathius Mpuuga and Kawempe Mayor Mubarak Munyagwa after they failed to turn up today