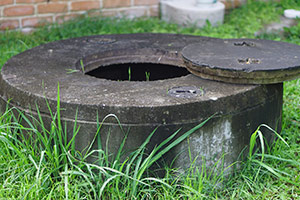 Shock and grief gripped residents of Nalado village in Budaka Town in Budaka District after a two-year-old boy died in a septic tank.

Police identified the deceased as Abdul-Rahman Medei, who died on Tuesday evening after he slipped into a septic tank, which was about 10 feet deep.

The deceased had reportedly gone to play in the neighborhood with his colleagues when the incident happened.

“The boy was playing with his colleagues, but unfortunately he slipped and fell into a deep septic tank, nearby and died,” Mr Moses Mukesi, one of the residents and an eye witness, said.

Ms Hamida Nantume, the mother to the deceased, found it hard to believe that her son died in such strange circumstances.

“He went to play as usual. I knew he would come back and I was waiting, only to be informed by my neighbour that he had drowned in the septic tank and died,” she said.

“There is need for the owners of abandoned pits or septic tanks to fence them off to prevent such incidents in future,” he said.

Pulisic sinks Iran as US advance in World Cup duel