$122million of potentially dirty money is quite a hair-raising amount of money to be seized from any suspect – not least when he’s your country’s head of anti-corruption.

Russian police raided the house of Dmitry Zakharchenko, the deputy head of the Energy Industry Department of the General Administration of Economic Security and Combating the Corruption.

After coming away with the huge sum, $2.2million of which was in Euros, he was arrested on suspicion of abuse of power, obstruction of justice, and accepting bribes.

There was reportedly so much cash that investigators had to actually stop and find boxes big enough to but it all in. 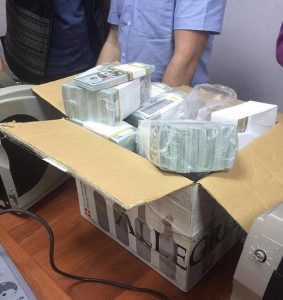 South Sudan's political & military elite have enriched themselves during war