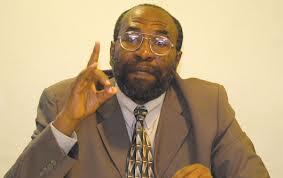 There are no new cases of the Congo Crimean Hemorrhagic Fever in Agago.

The Ministry of Health says the situation is under control with no new cases reported since the outbreak was announced last week.

According to a statement from the ministry, as of today, there is only one confirmed case admitted in Kalongo Hospital temporary isolation facility.

One person suspected to have contracted the disease was yesterday admitted at the same isolation facility and samples have been taken off pending investigation.

Six other contacts admitted earlier have since been discharged after they presented no signs of the disease within the specified incubation period of 5-6 days.

Currently the national task force is conducting field investigations on the suspected cases and three deaths that occurred prior to confirmation of the first case.

The onset of CCHF is sudden, with initial signs and symptoms including headache, high fever, back pain, joint pain, stomach pain, and vomiting.

Red eyes, a flushed face, a red throat, and red spots on the palate are common.

Symptoms may also include jaundice, and in severe cases, changes in mood and sensory perception.

As the illness progresses, large areas of severe bruising, severe nosebleeds, and uncontrolled bleeding at injection sites can be seen, beginning on about the fourth day of illness and lasting for about two weeks.