IGP calls for more vigilance and sensitisation in refugee camps 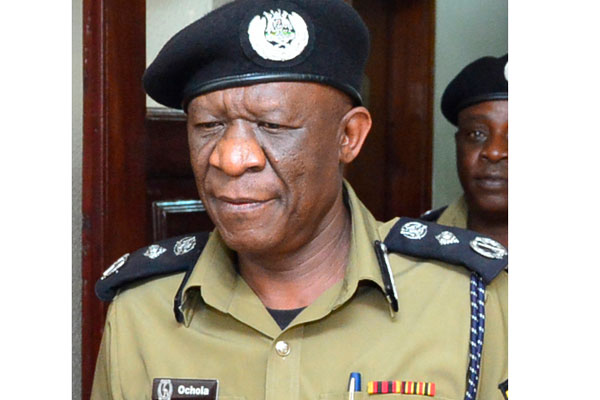 The Inspector General of Police Martins Okoth Ochola has instructed the focal point office in charge of refugees to ensure increased vigilance and sensitization about law and order in refugee camps.

This come days after a one Abdul Abubakari allegedly shot at ASP Ian Natukunda from Palolinya base refugee camp in the West Nile district of Moyo after the suspect grabbed a gun from a female police constable following a misunderstanding.

Abubakari who is also receiving treatment at Moyo health center IV from injuries he sustained in the scuffle as officers tried to disarm him, has been charged with three counts to include, attempted murder, stealing a gun and threatening a police officer.

According to the police spokesperson for West Nile region Josephine Angucia, Natukunda sustained serious injuries and has been airlifted to Kampala for medical treatment.

Addressing journalists at the Central Police Station in Kampala on Monday, police spokesperson Fred Enanga said this is the first incident in a refugee camp and they will pursue justice to ensure that it does not set a bad precedence for other camps.

Police say they will cover all medical costs for ASP Natukunda who is currently recuperating at Nakasero hospital where he was airlifted in a critical condition from Moyo District.