Ingrid case resumes, officers testify that she poured water on them 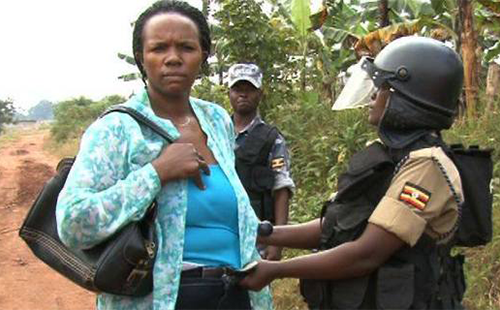 The hearing of a common nuisance case against the Forum for Democratic Change (FDC’s) Ms Ingrid Turinawe has resumed this morning before Buganda road Court grade one magistrate Stella  Amabilisi.

The case has resumed with police detective Patrick Alunyu attached to Central Police Station taking to the stand.

Alunyu told court that Ms.Turinawe poured water on his face and chest as he tried to calm her down.

Alunyu who is also the Station major (in charge of deployment, accountability and supervision of personnel at the station) has told court on August 24th 2018 while he was in his office at the station he heard commotion at the reception where a lady was shouting.

He says that on reaching the reception area, he saw Ms Turinawe shouting while holding a water bottle and sprinkling water around.

He has informed magistrate Stella Amabilis that as he tried to talk to Ingrid to find out why she was shouting, but she instead poured water on his face and chest while saying that “you will drink all the water” and she continued making noise.

The first prosecution witness on the stand was Assistant Inspector of Police Ivan Nduhura who testified that he saw Ms Turinawe pour water at the police officers who were at the CPS Kampala reception.

Boys 2 Men: Children are meant to be a result of a relationship and not the cause