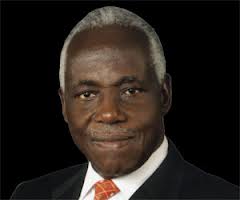 The country has today woken up to the sad news of the death of James Mulwana, the former chairman of the Uganda Manufacturers’ Association.

He died this morning at Nakasero hospital.

According to doctors, he died of stomach complications.

He is said to have driven to the hospital last evening and was later taken to the intensive care unit from where he succumbed to death.

The body has now been transferred to Case Clinic where it is currently being treated.

Mulwana is survived by a wife and three children.

At the time of his death, Mulwana was an accomplished business man.

He began his career in 1961, in the import and export business

In 1967 he went into partnership with Chloride (UK) and established the Associated Battery Manufacturers’ Ltd, which consequently became Uganda Batteries Ltd in 1990, when the local partners gained full ownership.

In 1988, he revived and served as chairman, Uganda Manufactureers Association until 2000.

At the time of his death, Mulwana was the chairman board of Advisory Committee UMA

I will never be compromised- Bobi Wine