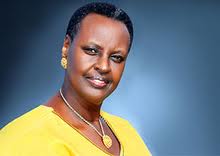 The first lady Janet Museveni also minister for Karamoja Affairs says she is ready to appear before the Public Accounts Committee of Parliament.

The committee is currently investigating the mismanagement of the PRDP funds in the office of the prime minister.

This comes after members of this committee disagreed on whether or not she should appear.

The first lady, who was scheduled to appear before the committee today, has written to the MPs requesting them to reschedule the meeting for another date after February 15th because she has been on leave.

The committee chairperson Paul Mwiru says that they were also meant to meet with the Prime Minister but failed after receiving communication from his office that he was out of the country.

He says that the committee has now agreed reschedule their meetings with the two officials.

By Juliet Nalwooga Works and Transport minister Gen Katumba Wamala says all is set for the issuance of an International driving license. Gen Wamala says on...

Wife forgives a husband for stealing Shs111.7m from her bank account

By Ruth Anderah  A wife has forgiven her husband in court who said to have been stealing her money while away abroad. The wife through a...

By Ivan Ssenabulya The debate on the Constitutional Amendment Bill 2019, is to return to parliament this evening. The Speaker of Parliament Rebecca Kadaga deferred the...

By Ruth Anderah The Supreme Court has adjourned an application filed by former presidential candidate Robert Kyagulanyi Ssentamu for purposes of it to be first published...

MP Nambooze Set To Be Flown To SA For Treatment