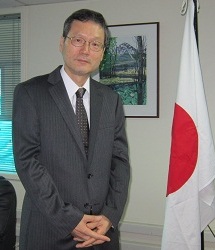 Japan is in consultation with Western Powers over Uganda’s controversial anti-gay law.

Addressing the media this morning, the Japanese ambassador to Uganda Junzo Fujita defended his government’s decision on grounds that Japan is party to a number of International laws which should be respected.

He however says Japan’s relationship with Uganda is deeper and therefore cutting aid over the anti-gay law may not be the best solution to the problem.

These developments come days after President Yoweri Museveni appended his signature to the law that criminalises same-sex relationships.