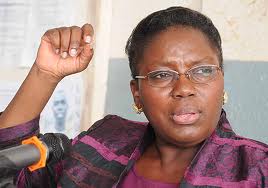 Addressing the East African Community Speakers Bureau meeting in Nairobi, Kadaga says there is need for solidarity among the people, including the respective Parliaments and governments.

Her remarks follow recent attacks in Kenya which have prompted heightened security in other partner states.

Kadaga further notes the lack of clear linkages between Parliaments and the Community, including an opportunity to address the Council of Ministers or the Heads of State Summit on any matter.