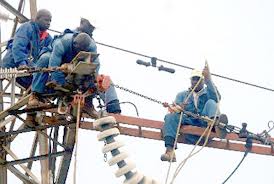 A two weeks black-out has affected the Court of Appeal and the High Court Civil and Lands Divisions.

According to the Judiciary spokesperson Elias Kisawuzi, they owe UMEME up to 38m shillings in unpaid bills.

He says work is now paralysed because judicial officers are not able to enter data into their computer systems.

He says this has rendered many of the judges redundant with many opting to stay out of office.

Kisawuzi also reveals that he has received another notice that the water supply may also be disconnected soon over an unpaid bill of 2.8m shillings.

He is now asking that the government comes to their urgent rescue, blaming the problem on the lack of permanent premises.

The government spends over 10bn shillings per year in rent for the offices on Tweed Towers located along Kafu Road in Kampala.