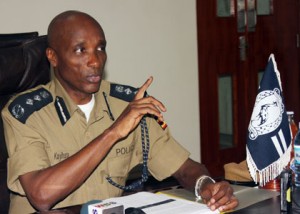 The police chief has confirmed the arrest of the some of the suspected killers of the Officer in Charge of Kajansi police station.

Gen. Kale Kayihura says one of the suspects was arrested from Hoima district where he was receiving treatment after sustaining injuries at the crime scene.

Kaihura says the operation was carried out by the police Flying Squad.

Joseph Bigirwa was shot dead in a robbery at a mobile money outlet in Kajjansi, off Kampala road.

Earlier, four senior police officers were arrested in connection with the murder. They are accused of mismanaging the operation that led to death of their colleague.