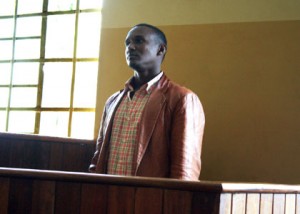 Adam Sulaiman Kalungi and his five co-accused persons have given fresh charges of supplying and dispensing of restricted drugs.

Prosecution says that during the period between September and December 2012, the group supplied restricted drugs cocaine and heroin to the late Cerina Nebanda.

Kalungi the key suspect in the case is also accused of manslaughter and unlawful possession of narcotic drugs that led to the death of the former Butaleja woman MP.

Basajjabalaba sent back to Luzira prison