Another NRM legislator has been thrown out of parliament.

The High Court in Jinja has nullified the election of Hajat Rehema Watongola as the MP for Kamuli Municipality over lack of academic qualifications. 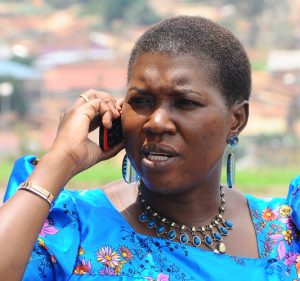 Through her lawyers of John Isabirye and Co advocates, Musumba asked court to nullify the February 18th poll results.

During Cross examination Watongola admitted that Busoga University had canceled the certificates it had awarded her but she quickly added that shre had secured an interim court order restraining the University from implementing the decision.

In his ruling, Justice Godfrey Namundi has stated that the defendant failed to produce evidence of authenticity of her academic papers and he thus declared the seat vacant.

“Court has found merit in this petition because the defendant failed to evidence that the certificates uttered for nomination are genuine therefore she does not qualify to be the MP and I declared this seat vacant,” Justice Namundi ruled.

Justice Namundi also directed Hajati Watongola, who has since said that she will appeal the decision, to pay costs of the case.

However, Watongola has vowed tor appeal the court decision.“I am not convinced because the judge ignored the decision of the National Council for Higher Education, which certified my academic documents. I am definitely going to the Court of Appeal,” she said.

"Rejected" Ministers To Be Vetted Today

Electoral Commission Could Soon Be Homeless