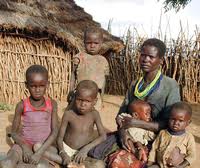 The government says it is taking action to address the food crisis in Karamoja region.

The state minister for disaster preparedness and refugees Musa Echweru says over 30 metric tons of food have already been sent to the region to help control the situation.

He adds that more food is to be sent to the region.

Karamoja is facing an acute shortage of food as a result of drought. The food crisis has so far led to the death of 20 people in the last three months, while thousands others have crossed into neighbouring Kenya in search for food.

By Ritah Kemigisa Uganda has been challenged to conduct and behave in a manner that falls within the global democracy citizenship if it claims to be...

KCCA blames its woes on residents