The LDU applicant who allegedly attempted to bribe a UPDF Major during recruitment in Jinja City on September 7, 2021. PHOTO/DENIS EDEMA

A 21- year old man has been arrested for allegedly attempting to bribe a UPDF Major with Shs 10,000 in order to be recruited into the Local Defence Unit (LDU).

The incident is reported to have happened during the recruitment exercise for applicants from Mukono and Buikwe Districts at the Jinja City Airstrip.

Justus Kibirango, an applicant from Najjembe Town Council in Buikwe District, said he was late and “badly wanted” to be part of the recruits, the reason he offered the kickback. 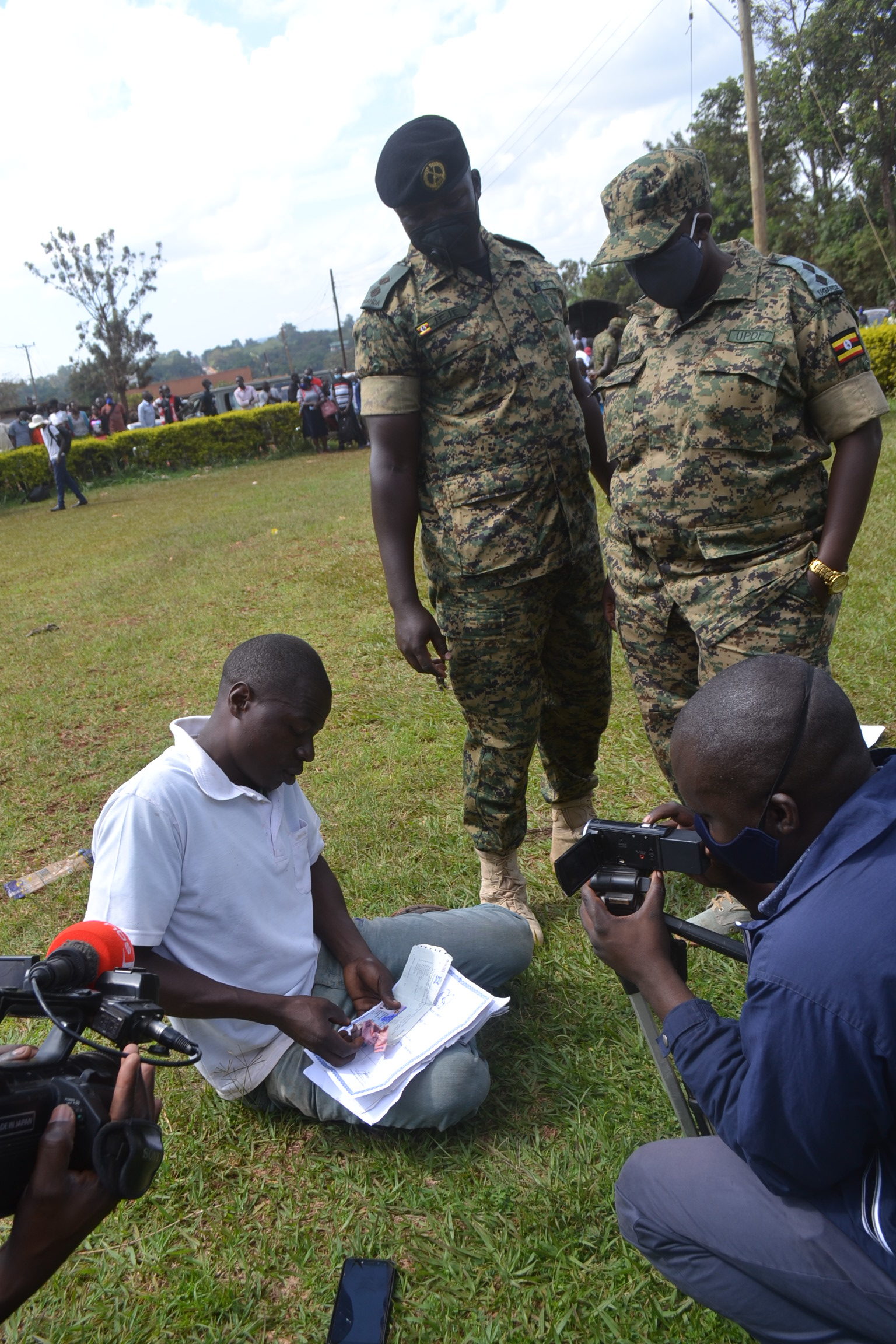 The UPDF Jinja Zonal Spokesperson, Lt Jude Wandera, confirms the arrest of the suspect, saying he will be handed over to the police.

“You cannot bribe a UPDF officer that is entitled to protect the lives and property of the citizens. It was announced that the exercise is free,” Lt Wandera said.

He adds that they targeted 290 recruits from Busoga Sub-region and Greater Mukono, but were overwhelmed by the number of the applicants.

According to Lt Wandera, those with questionable documents and those without national IDs were locked out.

The exercise kicked off countrywide to recruit 10,000 LDUs who will undergo training at various army training institutions and colleges across the country.

The commander of the recruitment exercise, Col Saad Katemba, said the applicants are going to be subjected to various medical checkups.

“We need officers who are physically fit and free from any health complications; those found to be healthy qualify, but if the number needed is not met, we shall consult the authority for guidance,” Col Katemba said.

By Juliet Nalwooga The German-Uganda Development Cooperation (GIZ), under its natures program, has partnered with Youth Go Green Uganda to empower young people to manage and...

By Moses Ndhaye The newly installed Archbishop of Kampala Diocese, Paul Ssemogerere has preached peace, unity, and respect for humanity, at his first thanksgiving ceremony. The...

By Benjamin Jumbe The Great Lakes region member states have been challenged to fast-track efforts to combat sexual and gender-based violence. The call has been...

By Moses Ndhaye Parliament has directed the Attorney general Kiryowa Kiwanuka to present to them a report in two weeks’ time on the fate of Kawempe...

By Ritah Kemigisa The leader of opposition in parliament Mathias Mpuuga has called for a law compelling civil servants who have clocked retirement age not...