The Leader of Opposition in parliament and Kasese Woman MP Hon.Winnie Kiiza insists that the Inspector General of Police Gen. Kale Kayihura must appear before the legislators over claims of police brutality against civilians.

This is after the IGP yesterday failed to appear before the defence and internal affairs committee yesterday, something the opposition says was a deliberate attempt to undermine parliament. 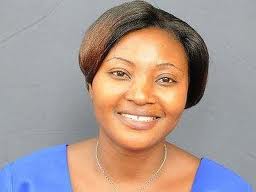 However, Judith Nakooba the Committee chairperson who is also a former police spokesperson said yesterday that such accusations were baseless.

Parliament’s Committee, according the rules of procedure can undertake decisions similar to those of the High Court against any citizen or organization while executing their work.

Another Meeting With 1st Lady Hits A Deadlock