By Judith Atim and Ali Mivule

Kampala Lord Mayor Erias Lukwago has spoken out against the ongoing demolition of stalls at park yard market in downtown Kampala describing it as a ploy by the government to grab land.

“We are doing our best to challenge the directive and I have called for a council meeting at 10am to review that decision and take drastic measures against the minister.

On the 7th February, Kamya issued the directive through Council, giving the traders 30 days to vacate. However, the demolition has started ten days before the deadline.

Lukwago has also questioned the motive behind the many redevelopments in the city.

“This is just a matter of land grabbing, just like the commission of inquiry that has been set up to probe land matters in Uganda, Museveni and his government are all out to grab land,” Lukwago added.

Many had to leave the comfort of their homes at 2 am after receiving phone calls from friends informing them of the impending demolition exercise, which started two hours later.

They braved the heavy downpour in attempts to salvage whatever they could from their stalls, which are now sitting in a pile of rubble.

Patrick Balibuuza one of the affected traders had no kind words for the government and in particular the president.

“Our children are going to suffer because of your actions but karma is real Mr. President your children will also suffer one day,” He mourned

With vendors crying and pondering their next move, it was also a golden opportunity for some goons who took advantage of the growing chaos and looted some of the merchandise that had been thrown out of the stalls. 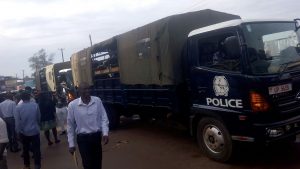 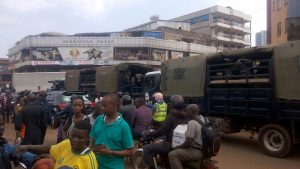 By Ivan Ssenabulya The federal government of Ethiopia has asked World Health Organization to investigate its chief Tedros Adhanom. The WHO boss is accused of "harmful...

By Ritah Kemigisa The Kingdom of Busoga has dismissed as false a letter making rounds on social media indicating that the royal council of chiefs...

By Ritah Kemigisa The leaders of the Uganda Medical Laboratory Technology Association have called off their strike and have asked members to return to work...

Winnie Kiiza recognized for her contribution as LOP

By Ivan Ssenabulya Parliament has awarded the Former Leader of the Opposition in Winnie Kiiza, a service award for her contribution. Former Kasese district Woman MP...

WHO recommends two new drugs to treat patients with COVID-19

By Ritah Kemigisa The World Health Organization has recommended two new drugs to treat patients with COVID-19, one for patients with the critical disease and one...