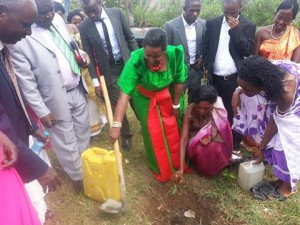 Komuhangi says campaigns will start on 7th and voting will be held on 22nd of this month.

Teargas as DP's Nabukenya is nominated

Museveni, Besigye and Kyagulanyi face off in Bugiri

Opposition wants sanctions on the executive