Embattled Lwengo district NRM chairperson Hajj Muhammad Muyanja Mbabaali has said nothing will stand in his way to re-capture the Bukoto South parliamentary seat next year.

According to Hajj Mbabaali, he has now all acquired required academic qualifications and urged his critics to stop tarnishing his name. 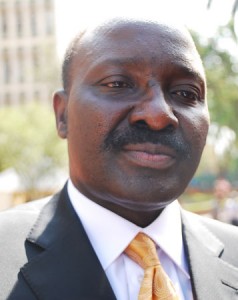 Mbabaali says he decided to enroll on mature age entry at Makerere University in addition to a Diploma in Information Technology he already got from Uganda Pentecostal University.

However,he declined to reveal the courses he enrolled for under the mature entry arrangement.

The former state minister for investment said he was not seeking for employment like most parliamentary aspirants, but wants to serve his people who have for long yearned for good representation in the House.

Mbabaali was thrown out of parliament in 2011 over lacking the minimum academic qualifications required of a member of parliament.

Reaping Big. What Pay TV Dealers Have To Say About Digital Migration