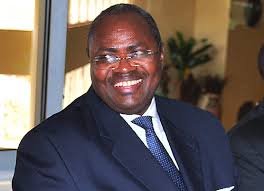 All magistrates attached to the Anti-Corruption Court have been re deployed.

The Judiciary’s move is in-light of the recent Constitutional Court ruling that suspended the court’s operations.

The Principal Judge Yorokamu Bamwine has written to the Chief Registrar of Courts saying the magistrates will be handling corruption cases arising out of their areas of jurisdiction.

He says this will continue until the Constitutional Court finally determines the pending petition.