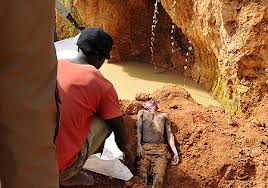 A twenty five year old man has been buried alive in a stone quary in Masaka.

Swaibu Ssentamu 25, a resident of Butale Village, in Masaka district was buried as he went on with his duties.

Village chairperson Herman Jjagwe says he was called in by the decaesed’s colleagues who saw the stones collapsing.

Jjagwe says that the quarry could have been weakened by heavy rains registered in the area recently which led to its curving in.

The Southern Region Police Spokesperson, Noah Serunjogi confirmed the incident saying that police could not save the deceased because they didn’t have excavators.

He has however warned miners in the area against digging too deep in the ground because some soils are too weak.

No report on Crest foam fire