Police has mounted a search for the driver of a taxi that caused an accident yesterday.

The accident which involved a commuter taxi and a Toyota Premio occurred along the Kampala -Masaka highway, at Kalandazi near Buwama, town claimed nine lives.

According to the traffic police Chief Dr Steven Kasiima, the accident was caused by recklessness of the taxi driver identified as Moses Ssentongo who was overtaking in a wrong area.

All six occupants of the Toyota Premio and three passengers who were travelling in the taxi died.

Pictures from the accident…… 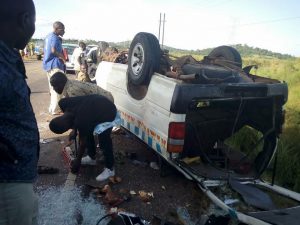 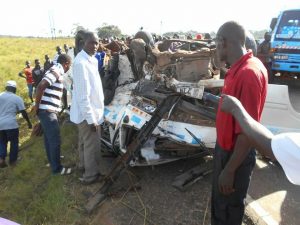 The Toyota PREMIO was smashed at the front beyond recognition 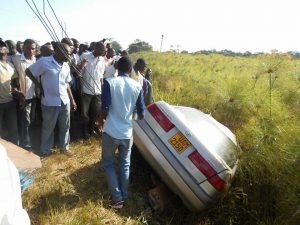 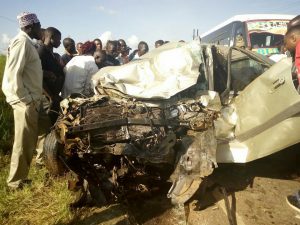