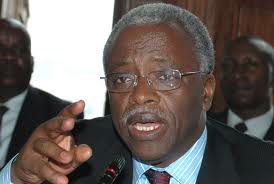 Mbabazi told MPs yesterday that Uganda’s involvement in the fight between M-23 and the DR CONGO army is a mandate received from the International Conference on the Great Lakes Region.

He adds that the people who conducted research were just amateurs but not experts as claimed by UN since they even failed to talk to the senior officials in the army.

Mbabazi explains that Uganda has been supporting the UN in its efforts to ensure peace in the region by even offering its facilities free of charge in some cases.

He challenges the UN to come out and clear Uganda’s name regarding such allegations.

In the said report by UN experts, Uganda is accused providing support to the M-23 rebels in the form of direct troop reinforcement in DRC territory, weapon deliveries, technical assistance, joint planning, political advice and facilitation of external relations.