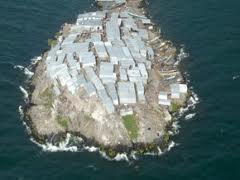 The Issue of Migingo Island has been brought to life again. It is one of the questions posed to the candidates during the televised presidential debate that has been broadcast on NTV.

Most of the candidates have questioned why no action has been taken by the two countries to resolve the matter. However, Kenyan Prime Minister Raila Odinga has explained that the survey work commissioned earlier is still ongoing and he is optimistic that the issue would be resolved peacefully.

Migingo is a small island in Lake Victoria measuring about an acre of land and is rocky with little vegetation. This explains why there were no settlements on the island until about ten years ago. Today, over 1000 people inhabit Migingo Island with about 80 percent of them being Kenyan, which is partly explained by the fact that Migingo is nearer to the Kenyan hinterland than to either Uganda or Tanzania.

The source of the current dispute can be traced to around 2004, when the government of Uganda posted armed police and marines on the island, besides hosting its national flag. Since then, Kenyan fishermen started complaining of being harassed by Ugandan security officers for reasons that included illegal fishing in Ugandan waters.