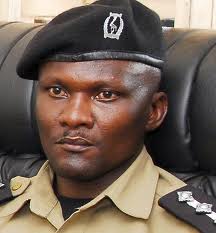 The  police says  the general  security  situation  during  the New Year celebrations was  calm  with a few incidences registered   compared to  the previous  years.

Speaking to journalists, the deputy police spokesperson Vincent Sekatte attributed this to the public cooperation and vigilance of police that were deployed across the country.

Sekatte says that  police deployed both  overt  and covert  police  to help  curb  crime as  people ushered in  2013.

He said 3 fire incidences were registered across the country, 7 accidents that involved 9 deaths and 75 arrests.

Sekatte also said 35 arrests were made around old Kampala, 5 along Jinja road , 20 in Mukono  and 15 in wakiso district

A section of NRM MPs oppose recall of Parliament