TO GO WITH Lifestyle-IT-India-business-village FEATURE by Ammu Kannampilly In a picture taken on November 18, 2010 a neigbhourhood shopkeeper writes down transaction details after transferring money for customers using text commands on a mobile phone in New Delhi. India's hunger for new technology is as sharp in its countless small villages as in its shiny office towers or shopping malls -- and businesses are waking up to an area of massive potential growth. Specific designs being aimed at Indian villagers include a mobile phone cash-transfer system, robust low-energy refrigerators and a clever twist on the humble kitchen stove. AFP PHOTO/Manpreet ROMANA (Photo credit should read MANPREET ROMANA/AFP/Getty Images)

Mobile Money Agents have decried the huge loses they have incurred over the three days when the government blocked social media sites and mobile money services. 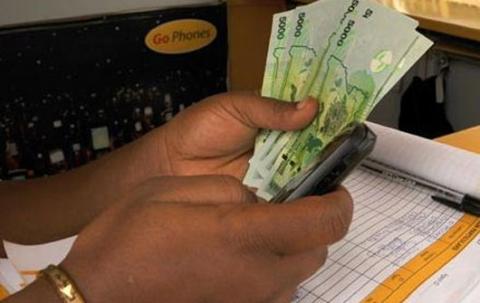 Government has since received fierce criticism for the action taken on Election Day of February 18th, but it has defended its decision saying it was for national security reasons.

After the service was finally restored on Sunday, KFM has spoken to a cross section of Mobile Money Agents on how they have been affected.

By Damali Mukhaye Briefing of candidates for the 2020 Uganda Certificate of Education examinations starts this morning across  the country. According to the Uganda Examinations Board's...

Municipality budgets will be used to support new cities- Bahati

Prossy Kisakye Minister of state for planning and economic development, David Bahati says that the budgets that were appropriated for municipalities will continue funding the newly...

KFM fans have taken onto their social media platforms to wish Freddie Sankura farewell as he presents his last show on the D’Hook today.  Freddie, commonly...

By Benjamin Jumbe The speaker of parliament Rebecca Kadaga has directed the inspector general of Police to offer protection to Obongi county Mp Kaps Hasan Fungaroo....

30percent of rural Uganda has no access to clean water report