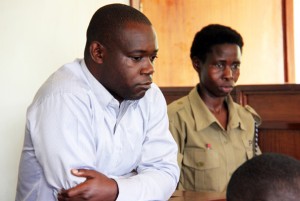 Rubaga North Member of Parliament Moses Kasibante has been remanded to Luzira prison for jumping bail.

Kasibante appeared this morning before Mwanga II Court Grade One Magistrate Suzan Abinyo for hearing of the case.

He was arrested on Monday this week and held at various police stations until this morning when he was produced in court.

This magistrate denied him bail on grounds of inadequate time to hear from his sureties including MPs Medard Ssegona, Mathias Mpuuga and Betty Nambooze who had been presented by Kasibante’s lawyers.

He is expected to reappear in court on January 17th for further hearing of the case.