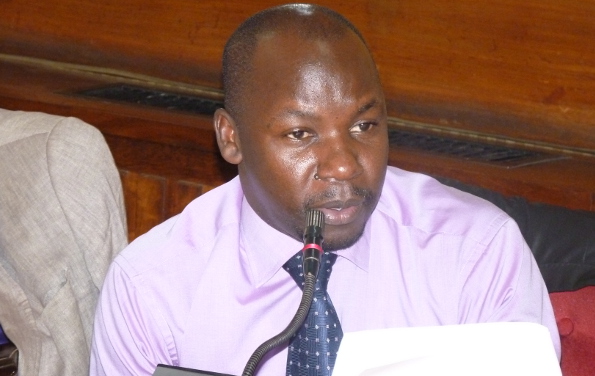 The NRM members from Buganda region have expelled Godfrey Kiwanda as the chairperson of Buganda parliamentary caucus.

According to sources Kiwanda was expelled during a meeting that was convened by kyamuswa county mp Tim Lwanga and State minister for Luweero triangle Rose Namayanja   last night at kyankwanzi leadership institute.

They accuse Kiwanda of supporting Matthias Nsubuga in Bukoto south bye election leaving the NRM candidate; he is also accused of closely working with the opposition especially Betty Nambooze and for having participated in the collection of signatures for the petition of recalling parliament.

By MONITOR REPORTER Police in Kampala are investigating the murder of a 40-year-old former driver with United Nations (UN) who was lynched by a group of...

By Juliet Nalwooga The Inspector General of Police Martins Okoth Ochola has pardoned a 17-year old teenager who reportedly took to social media to post a...

By Benjamin Jumbe The Electoral Commission Chairperson Justice Simon Byabakama has cautioned the commission’s field staff and drivers against abuse and misuse of newly acquired vehicles....