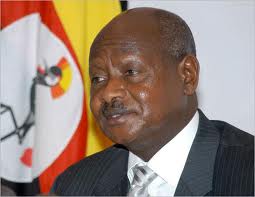 President Yoweri Museveni has described as bogus and useless human rights organizations who give biased accounts of the conduct of the police force.
Museveni was last night speaking at the launch of celebrations to mark 50 years of independence.
He attacked political leaders whom he challenged to act responsibly and to stop confronting police officers.
He also took time to refer to the case in which the FDC’s Ingrid Turinawe had her breast squeezed by a police officer, which he admits was improper conduct.
He however castigated Turinawe’s conduct, including biting and kicking police officers.
Museveni also accused human rights organizations of failing to give balanced accounts of events, choosing not to highlight the responsibilities of the political class as well.
He said government would do its part to improve discipline in the police but challenged the political leaders to behave responsibly.

Museveni lamented that the last 50 years had not been well utilized but said it was not too late to correct past mistakes.