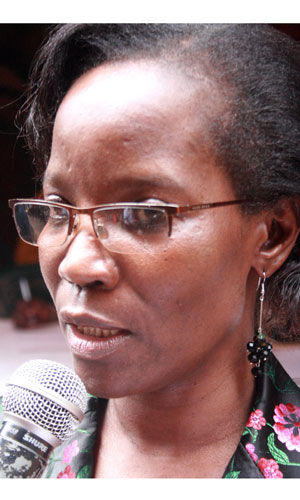 City Executive Director Jennifer Musisi says she is ready to defend herself on queries raised in an audit report on KCCA.

The report points to gross mismanagement of affairs with obscene amounts of money spent on over time allowances to the support staff.

However addressing the media today, Musisi denied the accusations saying she cannot sanction corruption yet she is the same person fighting it.

She also took time off to attack the Lord Mayor for releasing an internal report that was not ripe for public consumption.

Musisi says the matter is before the Auditor General and a final report, which includes her response to the queries raised has not yet been released.

She is vowing to defend herself on all allegations raised and adds that she had the approval of government in her undertakings.

The Auditor General’s report also accuses the KCCA management of hiring unqualified people as consultants and paying them huge sums of money.