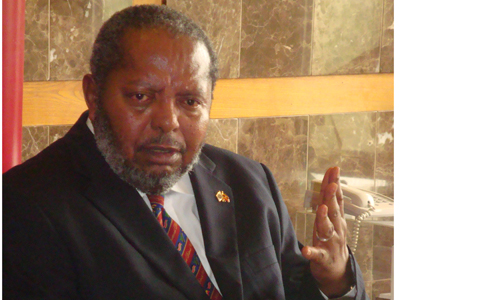 The Governor of Bank of Uganda Prof. Emmanuel Tumusiime Mutebile says he won’t resign despite mounting pressure from parliament.

A section of Mps have been calling for resignation of the Central Bank governor to resign after being implicated in the controversial payment of over Shs140 billion to city businessman Hassan Bassajjabalaba.

The controversial payment has seen recent the resignation of 2 cabinet ministers Prof. Kiddu Makubuya and Syda Bbumba following recommendations by Parliament’s Public Accounts Committee to have them fired.

In a media briefing this afternoon, the central bank Governor Prof. Emmanuel Tumusiime Mutebile said the powers to have him fired lie with the president alone.

Mutebile says the constitution provides the grounds on which he can be fired including insanity, dishonesty and absconding from duty, none of which applies to the circumstances.

Mutebile adds that there is no cause for alarm since he will not be vacating the governor’s seat any time soon.