Nansana police boss back at work 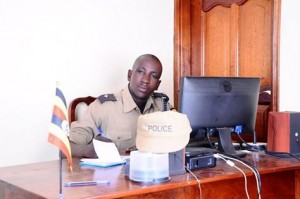 The officer in charge of Nansana police station is back in office.

Mohammed Kirumira has returned for duty as investigations into bribery allegations against him continue.

He has described Kirumira as a patriot, saying the accusations brought against him are grave and have greatly affected him.

Kirumira was arrested for allegedly receiving a bribe of Shs.200, 000 via mobile money.

Omusinga remanded to Luzira Prison up to December 28th!