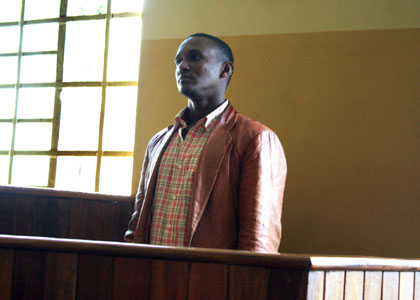 The hearing date for the Nebanda case is set.

Court has set 5th March to begin the hearing of the case of manslaughter against Adam Suleiman Kalungi.

A key suspect in Nebanda’s death, Kalungi is charged with two counts of Manslaughter and unlawful possession of narcotic drugs.

He will however appear before the Makindye Court Chief Magistrate Esther Nambayo, together with 5 co-accused persons on February 20th for further mention of the case before the trial begins.

This is after prosecution led by Andrew Odit asked for more time to conclude the investigations.

Kalungi, the former boyfriend to deceased Butaleja Woman MP Cerinah appeared before court this morning for mention of the case.

Meanwhile, four of his co-accused have been granted bail.

They have been released on a cash bail of 10m shillings and asked to deposit their passports at court, while their sureties have each been asked to present land titles registered in their names.

Kalungi did not ask for bail, while one Khan Babu failed to meet the bail requirements. All the suspects return to court on February 20th.