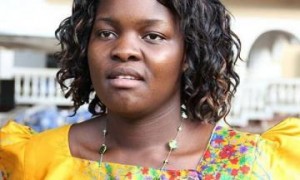 The NRM has won the Butaleja Woman MP by election held yesterday. Florence Nebanda beat her closest rival and independent candidate Betty Hamba with a margin of 15,238. Nebanda polled 27,388 against Hamba’s 12,150 votes accounting for 57.6% of the total votes cast. Following in 3rd place is FDC’s Felistus Nawihiriri with 3,393, Sarah Logose came fourth with 3, 252 votes, while Peruth Munaba trailed with 1,332.

The Butaleja results were announced by the district returning officer Mabel Wakabi who describes the entire election process as totally peaceful.She says though, that the elections were characterized by low voter turn up and chaotic scenes. The by-election followed the death of CerinahNebanda in December last year. According to a team of independent observers, led by the Citizens Coalition for Electoral Democracy there was a delay in the opening of most polling stations.

At some polling stations voting started after 7:30am contrary to 7:00am as required by the electoral laws. The late start was largely attributed to the lack of the required presence of five voters in the queue to witness the opening of the polling station. The observers also noted that most polling stations had good representation of candidates’ agents.

At most polling stations, there was however uneasiness amongst the agents who suspected each other of being detectives masquerading as agents. There was very heavy presence of security in the areas around Butaleja District headquarters and Butaleja Sub-County. Preliminary observations further indicated overall improved logistical organization on the side of the Electoral Commission, with relatively well trained officials deployed to manage the polling exercise.

By Ritah Kemigisa The African Union (AU) commission has called for an end to acts of gender based violence as the world celebrates the International Women’s...

By Benjamin Jumbe The Commonwealth countries are asked to look for solutions to the current global challenges as a bloc and avoid individualism. In her Commonwealth Day...

Opposition National Unity Platform (NUP) party have said they will continue to force government to account for the rest of their supporters who were arrested by...

Prince Harry's wife Meghan Markle on Sunday said she contemplated taking her own life after joining the royal family, and raised allegations of racism in the...

Women in the equality struggle celebrated

By Ritah Kemigisa As we celebrate international women’s day, the executive director UNAIDS Winnie Byanyima has called for support and celebration of women leading the struggle...

Chairperson Orders for demotion of school heads with no first grade