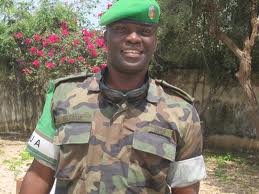 A statement from the UPDF says contrary to what was reported, 11 fugitive soldiers belonging to the DR Congo military led by of Col Eric Bisamaza illegally crossed into Uganda and were arrested by the UPDF troops in Bwera Kasese district.

The group is said to have illegally crossed into Ugandan territory as it fled to safety following pursuit by the DRC army.

The army has also denied reports of shooting saying the group was not violent and that no one was displaced in the community as reported.

The UPDF and the Ugandan Government have started the process of repatriating them, following the normal diplomatic channels.

Recently, the ADF have been in the spotlight for forcefully recruiting children and attacking Kanago in Eastern DR Congo, causing an influx of Congolese refugees into Uganda.

The army has also appealed to the international community to rein in on the ADF and prefer appropriate charges against them.