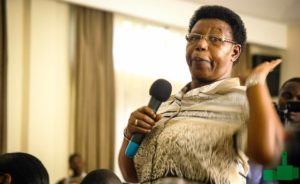 Those to be nominated include representatives for the youth, persons with disability, workers, and older persons.

Speaking to KFM, the commission’s acting spokesperson Paul Bukenya says everything is set for the two-day exercise to take place at the electoral commission headquarters.

He also says the commission today opens up for fresh nominations in areas where some candidates who were duly nominated died including Kyotera and Masaka where contestants for woman representative died.

So far, the Electoral Commission has nominated Dr. Miria Matembe for the position of National Female Representative for Elderly Persons.

Kyambogo to fine motorist that use university roads to dodge traffic