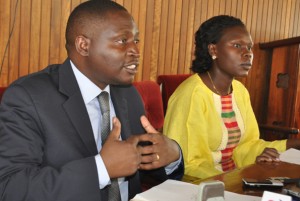 According to the caucus deputy chief whip, David Bahati, the meeting is a follow up of two earlier meetings last week in which matters of party cohesion were discussed.

Bahati says the meeting will focus mainly on the roadmap to the 2016 general elections, as well as forge a way forward to the transition.

Bahati however says the current internal strife plaguing the party is not on the agenda.

Last week, Prime Minister, Amama Mbabazi was in the spotlight following reports that his powers as Secretary General had been clipped, following allegations that he had been secretly rallying support within the NRM to bolster his alleged presidential ambitions in 2016.

Mbabazi has since denied the allegations.

UNEB examiners yet to be paid