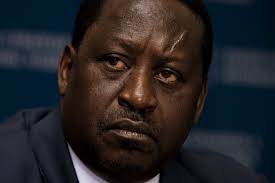 Raila Odinga and his Coalition for Reforms and Democracy (CORD) has appointed a ten man team of lawyers who will spearhead their petition to contest Uhuru Kenyatta’s election as president.

The team will be led renowned lawyer George Oraro. Others in the team include former Cabinet ministers Mutula Kilonzo and James Orengo and former Attorney General Amos Wako.

Odinga maintains that the process was clearly flawed and that the breakdown of the electronic system was not a technical problem but a well calculated plan.

The IEBC has maintained that the manual counting of votes did  not affect the integrity of the process.

The Kenyan Chief Justice Willy Mutunga says the 6 Supreme Court judges are ready to handle the Presidential petition fairly and within the time stipulated by the Constitution.

Government yet to consider anti-gay bill