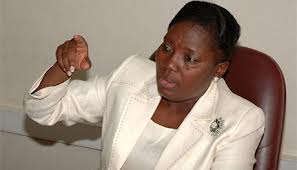 The much anticipated debate on the oil bill has been adjourned to tomorrow following disagreements among the Legislators.

Earlier the speaker of parliament Rebecca Kadaga was forced to adjourn the debate for fifteen minutes after the MPs failed to agree on the procedure of the debate on the oil bill.

The MPs opposed to the recommital of article 9 of the bill of the oil bill started chanting and shouting over shadowing the entire debate.

They also disagreed on the whether or not to vote on the issue prompting the speaker to halt the process.

The debate on the oil bill comes amidst criticism from a section of MPs, the civil society and religious leaders who want the bill amended before it can be passed.

The MPs are opposed to the recommittal of article 9 of the bill that gives the minister powers to grant and revoke licenses and negotiating the agreements with the oil companies.

They want those powers to be given to the national petroleum authority instead of the minister since he is  not a technical person.