Omusinga remanded to Luzira Prison up to December 28th!

Jailed Rwenzururu King Charles Wesley Mumbere appeared at Jinja Magistrates Court for mention of his case where he was informed he faces 11 more charges has been freshly charged with 11 counts including terrorism, attempted murder, and aggravated robbery All these related to the recent Kasese clashes where up to 100 civilians and police officers were killed.

Earlier, there was heavy security deployment in Jinja Town ahead of Mumbere’s appearance at the Jinja Chief Magistrate’s Court.

Mumbere was arrested on 26th November 2016 from his palace in Kasese following clashes between his royal guards and the police that claimed over 100 lives.

Several other people including his royal guards were also arrested and are being held in unknown detention facilities. 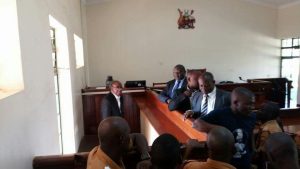 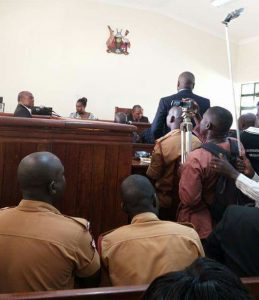 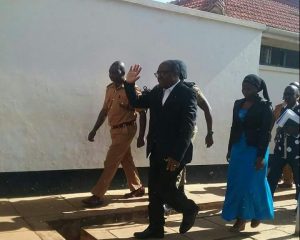 His lawyer Caleb Alaka on Tuesday argued that the Rwenzururu King’s health was fragile and he deserved special treatment even in remand.

He was thereafter remanded until December 28th

By Benjamin Jumbe President Museveni has called upon the leadership of the Army to emphasize career planning and progression of service personnel for proper placement of...

BY BENSON TUMUSIIME At least seven people including police officers and civilians attached to the office of the Inspector General of Police (IGP) Martins Okoth Ochola...

US launches $12.8M project to support CSO’s activities in Uganda

By Prossy Kisakye The United States Mission in Uganda has launched a $12.8 million project dubbed Civil Society Strengthening Activity (CSSA) to support the activities of...

By Ritah Kemigisa The Bank of Uganda (BoU) has maintained the Central Bank Rate (CBR) at 7 per cent. According to the Governor Prof Tumusiime Mutebile,...

74% of Ugandans want Museveni to retire-poll

Experts say 60% of adults are suffering from Dental illnesses

Trump struggling to find stars to perform at his inauguration.