Opposition finally agrees with the police 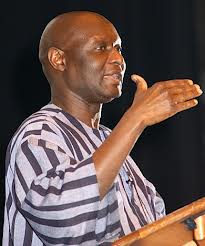 The police have finally agreed with the opposition on how to drive the campaign for free and fair elections.

This follows a meeting between the Internal Affairs Minister and police chief Gen. Kale Kayihura with the opposition leaders and members of the civil society led by FDC president Maj Gen. Mugisha Muntu.

UPC’s Olara Otunnu says the IGP has committed himself to investigating the ugly episodes of police brutality on the opposition leaders in Mbale, Soroti, Kabaale and Kasese.

Otunnu adds that they also agreed to always inform the police about their programs regarding the campaign for free and fair elections.

No pay raise for MPs