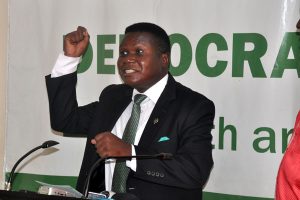 Democratic Party President Norbert Mao says if the opposition doesn’t re-think, they might miss out on key electoral areas in the coming polls.

His remarks come when it’s less than a month for Ugandan citizens to decide their next leaders at both local and national levels for the next five years.

Mao says up to now, he has been open for the grand coalition with outlined agenda to defeat the ruling NRM government but it seems there’s little interest over the same.

He explains that he had proposed to the opposition earlier to have a joint opposition candidate against NRM’s candidate Yoweri Museveni and to establish regional targets where a political party stronger than others in a certain region is left unopposed which was not given any attention.

Now Mao says that the opposition is likely to perform poorly in the January elections.

Kyambogo to fine motorist that use university roads to dodge traffic