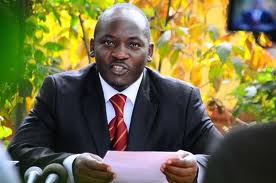 The opposition Members of Parliament have written to the Speaker seeking to block the vetting of the Chief Justice.

Speaking at an ongoing news conference at parliament Masaka Municipality MP Mathias Mpuuga said the process is illegal and cannot be allowed to go on.

The MPs say they filed a petition before the Constitutional Court challenging the same and are ready to proceed to the Supreme Court if the matter is not handled urgently.

This is after the president reportedly sent former Chief Justice Benjamin Odoki’s name to the Speaker Rebecca Kadaga for consideration and approval of the retire officer in the same position.

US Extends $133 M In Humanitarian Assistance To South Sudan