Over 100 NUP supporters to be charged 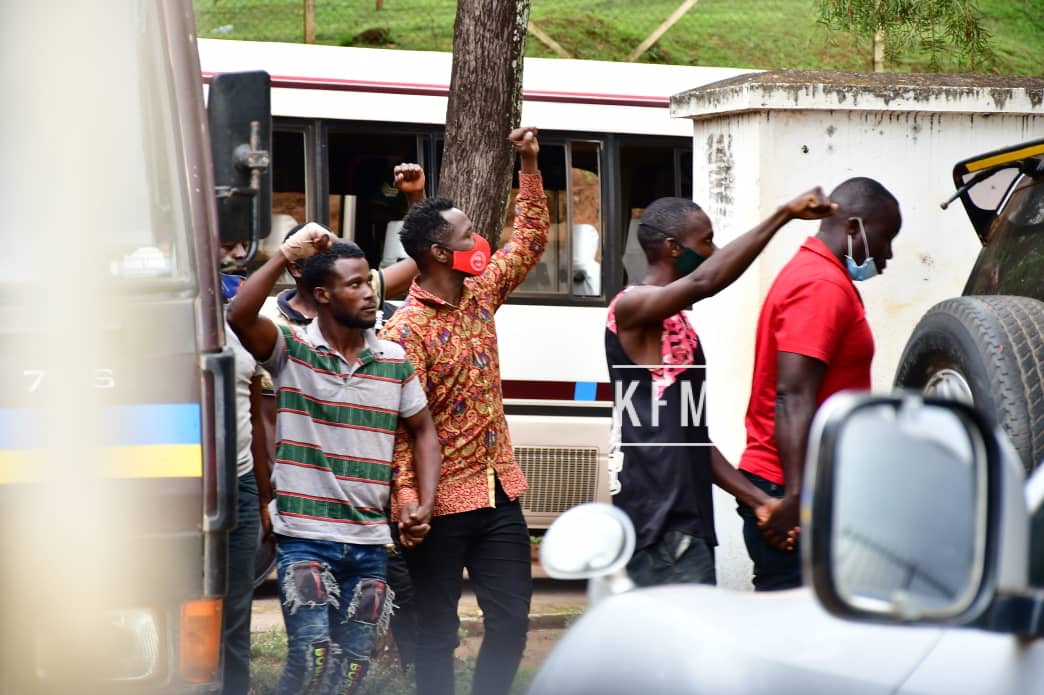 Police has revealed that a total of 124 people arrested last week in Kalangala District where National Unity Platform (NUP) presidential candidate, Robert Kyagulanyi alias Bobi Wine had gone to campaign will be charged with six counts.

Addressing journalists, Police spokesperson, Fred Enanga said 99 of the suspects, who include members of Bobi Wine private security team, will appear at Masaka Magistrate’s Court today on charges of assault of police officers, incitement to violence, malicious damage, doing a negligent act likely to spread an infectious disease and inconsiderate use of a public road, among others.

According to Enanga, 25 of the suspects will be arraigned at Kalangala Chief Magistrate’s Court on the same charges after the Director Public Prosecutions (DPP) sanctioned their files.

Among the suspects is Bobi Wine’s singing partner, Ali Bukeni aka Nubian Li, and Eddy Ssebufu aka Eddie Mutwe.

Enanga meanwhile says they have registered several cases of defacing posters of rival camps and intimidation of voters, especially the young voters, women and the elderly.

Mother of two speared to death in Rukungiri