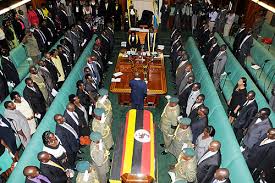 Jabwor, who served in the 4th Parliament and Constituent Assembly delegate for Kotido South, passed away last week after succumbing to respiratory related complications.

The motion to pay tribute to the late legislator was moved by Government Chief Whip, Kasule Lumumba who lauded him for his positive contribution to the country.

MPs Michael Ayepa and Kassiano Wadri also described the late MP as a politically mature person, who worked with those who did not belong to his political affiliation.

The late Jabwor will be buried on Sunday at his ancestral home in Abim.

National ID cards out in June